The brackets have been revealed and the NCAA Tournament is right around the corner. After an absolutely insane week of conference tournament play, the NCAA popped bubbles and handed out seeds, filling out the 68-team field.

This March’s edition of madness is sure to have just as much drama as every prior year. The bracket revealed Sunday will not leave college basketball fans unsatisfied.

Here then are six big takeaways from the bracket reveal: 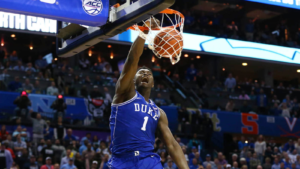 Following the return of Zion Williamson and run to the ACC Tournament Championship, Duke was rewarded with the top overall seed in the NCAA Tournament. It’s likely the right choice, given the somewhat nebulous rules about evaluating teams with injured players (three of their five losses came without their best player).

Technically, the committee can put less weight on Duke’s struggles without Zion. If you ignore those losses, Duke’s placement atop the bracket is the right call. 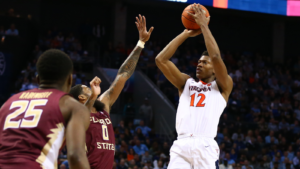 Virginia and North Carolina joined their ACC rival on the top line. This is the first time a conference has earned three number one seeds since the Big East did so in 2009. Both earned their spot. Virginia has just three losses all season, two of which came to a full-strength Duke team. North Carolina beat Duke twice, and also boasts wins over Gonzaga, Louisville, and Virginia Tech.

Gonzaga remained the top seed out West, despite losing in the WCC Tournament final. The committee rewarded the Zags for their entire body of work, rather than punishing them for one loss versus a strong team. Saint Mary’s was given an 11 seed, nearly in the at-large field had they not beaten the Zags.

3. Two seeds are a dangerous group 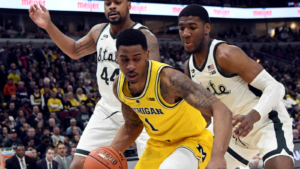 This season, eight teams have separated themselves from the pack. Four were given top seeds and the other four followed right behind on the two-line. Michigan and Michigan State both received two seeds despite the outcome of their game earlier in the day. Sparty has a bit of a gripe about being placed in Duke’s region, but the NCAA favors geography over the seed list, damning the Big Ten champs to the East region.

Tennessee and Kentucky both earned two seeds as well despite losing in the SEC Tournament this week. Tennessee’s neutral site victory over the Wildcats this week likely put the Vols a tick ahead on the seed line, landing them in the South Region.

4. Interesting teams squeak into the tourney 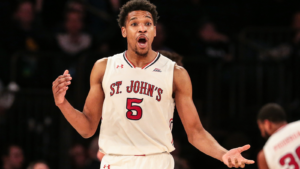 The most noteworthy team sneaking in to the last four at-large spots is Belmont. When the Bruins lost the Ohio Valley Conference Tournament final to Murray State, they promptly took a seat on the edge of the bubble. Thankfully, the NCAA favored Belmont’s success in the few big games the Bruins played over the mediocrity of middling power conference teams.

Belmont will be joined in Dayton by Temple, Arizona State and St. John’s. Chris Mullins’ team tumbled down the stretch, ending with a blowout loss in the Big East tournament. The Red Storm’s last two weeks sent them to Dayton. 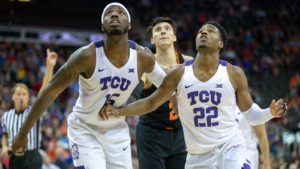 Of the teams listed as the first four out of the Dance, none stand out as particularly scorned. UNC-Greensboro lost in its conference tournament, but didn’t have the quality wins on its resume to survive.

The other three, Indiana, Clemson and TCU, came from power conferences, where they all went .500 or worse in league play. The Horned Frogs were 5-5 in Big XII play at one point and looked solidly in the field before collapsing. TCU lost six of its last eight regular season tilts and punched a ticket right to the NIT.

North Carolina State was not even given the benefit of the “Last Four Out” designation, yet had some intriguing metrics on its side. The Wolfpack were ranked 33rd by KenPom and the NCAA’s own NET calculation and were 26th per ESPN’s BPI.

6. There are some enticing first round matchups 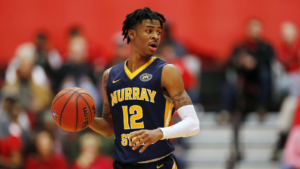 Building a bracket can go a million ways, thankfully almost all of them leave the viewers happy at the end of the day. Just during the first two days of play we’ll be treated to some gems. Rick Pitino’s son, Richard, will get to coach his Minnesota team against Louisville, the school that fired his father. A talented Yale team will give an embattled LSU program its money’s worth (pun intended). Wisconsin will travel across the country to San Jose to face a red-hot Oregon team.

The bracket even gifts us some amazing match-ups between individual players. Ja Morant from Murray State will face Marquette sharp-shooter Markus Howard. Most intriguingly, two of the most unconscious shooters in the nation will square off when Wofford’s Fletcher Magee and Seton Hall’s Myles Powell go shot-for-shot.