It took a while for the talent pool in women’s soccer to grow around the world. That means that early Women’s World Cups didn’t have a ton of upsets. However, that also means that the upsets that took place really packed a punch. There have been only a lucky seven Women’s World Cups, but here are an unlucky 13 of the greatest upsets in the history of the tournament. 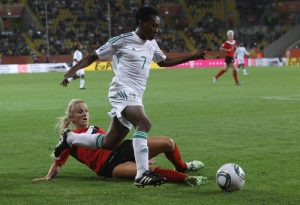 Nigeria has arguably the best track record of any women’s team in Africa. However, the continent has lagged behind others in the development of the sport. Back in 2011, Nigeria wasn’t quite as lauded and had been dropped in a tough group with Germany, France and Canada. It was expected Nigeria would go winless, but instead the team stole a 1-0 win over Canada. 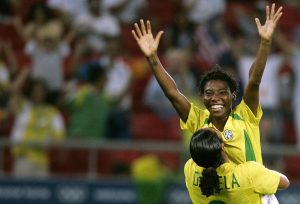 Back in 1995, Marta hadn’t helped carry Brazil to relevance. Additionally, Sweden was the host nation. The tournament got off to a terrible start for the Swedes though, as they lost 1-0 in the opening game against the Brazilians. It was Sweden’s only loss in regulation in the tournament. 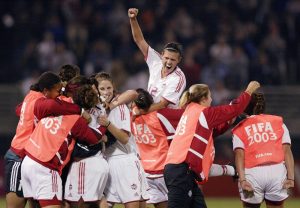 China was an early Women’s World Cup powerhouse. You may remember this was the team America beat in the famed 1999 Finals — the match made famous by Brandi Chastain. The Chinese also did well in 2003, making it to the quarterfinals, where they faced off with Canada. Canada scored an early goal, China never solved its defense, and Canada scored the 1-0 upset. 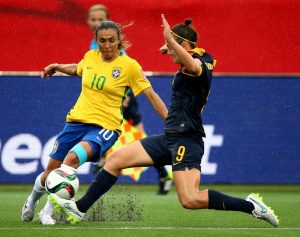 Brazil cruised through the group stage, winning all three games. Australia, meanwhile, had gone 1-1-1 in a group with the U.S. and Sweden. Then the script flipped when these two teams met in the knockout round. Australia’s Kyah Pam Simon scored a goal in the 80th minute, and once again Marta was kept from World Cup glory. 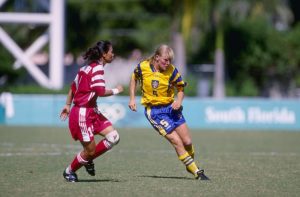 So yeah, about Sweden’s hosting of the 1995 Women’s World Cup. That Brazil upset was rough, but it seemed like it had righted the ship. In truth China was a better team than Brazil, but the impact of this upset gets it pushed up the list a bit. These two teams went into penalties, which China won 4-3.  The fact Sweden needed a last-minute goal to even get to extra time made the loss that much more deflating. 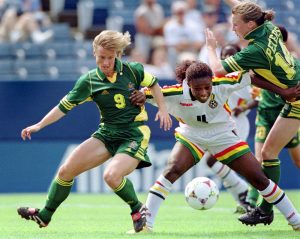 This was Ghana’s first Women’s World Cup, and it didn’t go great. Ghana was beat by China, 7-0, in its second game. However, the first game of the group stage went a bit better. The African nation was able to earn a 1-1 tie with Australia, which had a disappointing tournament.