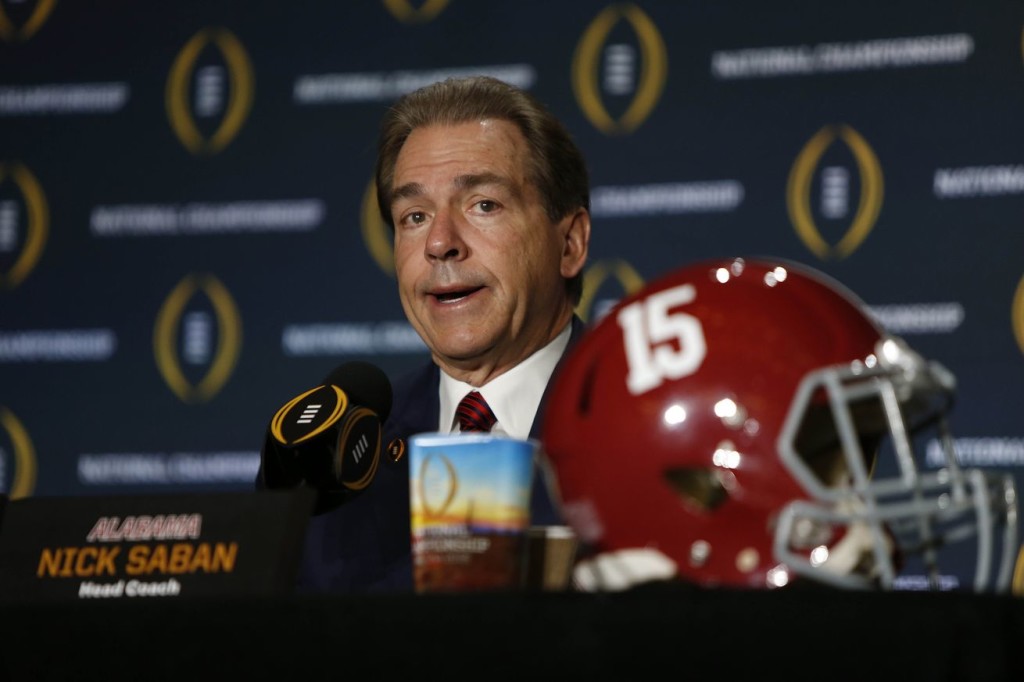 Alabama coach Nick Saban thinks the College Football Playoff and the media’s attention towards it is to blame for why players are deciding to skip out on lower-tier bowl games.

Saban was asked Wednesday about the decisions of LSU running back Leonard Fournette and Stanford running back Christian McCaffrey to not play in their teams’ bowl games to instead prepare for the NFL. The question led to this (misguided) answer, which we’ll print in full.

But when we all started this, however many years ago it was, I said that you’re going to diminish the importance of other bowl games in college football, alright? Which has happened. That has happened. All anyone talks about is the playoff. Alright, we have a bunch of other bowl games that people don’t think are all that important so if you don’t think it’s important, all of the sudden some players don’t think it’s important. So you can’t really blame the players. We created this, OK? We created this.

But it’s still an unfounded fear from our perspective.

PrevPreviousAJ Green Ready To Play This Week
NextJagr Passes Messier, But Where Does He Rank Among The Greats?Next