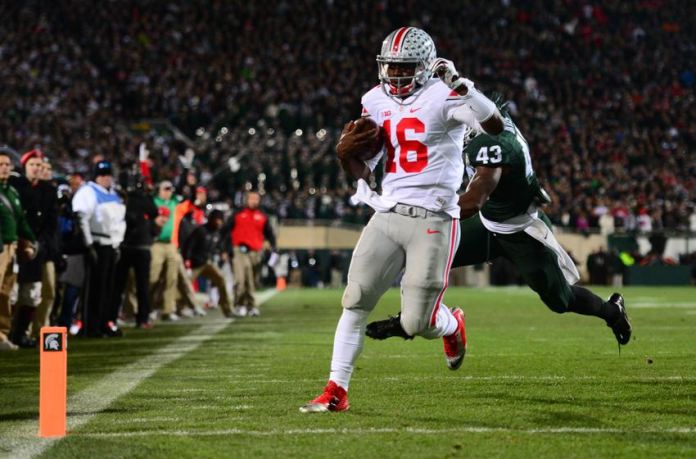 Can anyone in the Big10 outdo Ohio State at QB? Will Harbaugh use Morris or even O’Korn as game manager like he did Alex Smith? The fun begins soon. See below for what Talkin10 has to say.

“J.T. Barrett or Cardale Jones — who you got?

It’s the question everyone is asking and few have a real answer for. No doubt we all have our guesses, but no one (not even Urban Meyer at this point) has any real way to know who is going to win that job.

However big that gig is, it isn’t the only quarterback battle going on across the Big Ten. In fact there are at least five other schools with legit QB1 battles being played out in fall camps as we speak.”