Every NHL team’s biggest question at the quarter mark 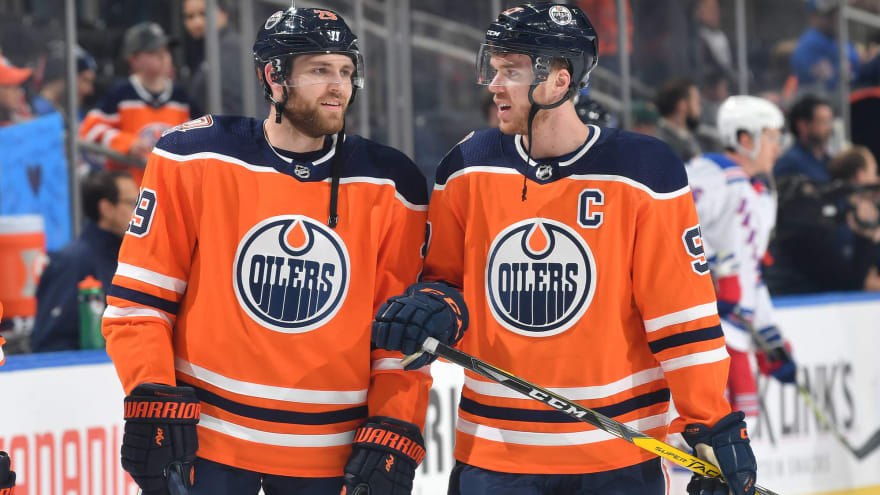 This is not a playoff team, and it was probably never supposed to be a playoff team this season. But the Ducks still have some major issues when it comes to scoring goals. They were 31st in the league in goals scored a year ago and are only marginally better this season. The core that once made them a contender is older or has moved on, and they need some young players and new faces to step forward.  2 of 31

Arizona Coyotes: Do they have enough scoring?

The Coyotes are off to a great start and have put themselves in a position to get back in the playoffs for the first time since the 2011-12 season when they went on a surprise run to the Western Conference final. They have a solid defense and two outstanding goalies who are helping to drive them there. The big question is whether they can score enough to maintain it. They have a pretty balanced lineup with a lot of different people who can contribute, but they are still lacking a true impact, go-to player up front. Phil Kessel was supposed to be that player, but he has not yet produced at that level.  3 of 31

Honestly, this team is as solid as it can get, and there really is not a huge weakness to worry about. The top line is amazing, the depth is better than it was at the start of last season, the defense is great and the goaltending duo is as good as it gets in the NHL. Pastrnak is trying to put an end to Alex Ovechkin’s reign at the top of the goal scoring leaderboard and with 25 goals in his first 27 games, it looks like he has a great chance to do it. His current pace of more than 70 goals seems unsustainable, but 50 is absolutely within striking distance and maybe even 60 goals if everything goes right for him.

Buffalo Sabres: Can they avoid another late season fall?

They have already cooled off after their hot start, and for the second year in a row the Sabres look to be in danger of crushing their fans by wasting an amazing start. Jack Eichel is a legitimate superstar, but the rest of the roster around him is filled with question marks. This team is hanging around but still needs a lot of improvement to end this playoff drought that is closing in on a decade.  5 of 31

Calgary Flames: Can they get Johnny Gaudreau going?

Gaudreau is the foundation of the organization and the most impactful player, but so far this season he has been relatively quiet. Some regression had to be expected for this team, and maybe even some of the individual players, but Gaudreau seemed to be a safe bet to maintain his scoring pace from a year ago. So far it has not happened, and if the Flames are going to make any noise this year he needs to return to that level.  6 of 31

The presence of Niederreiter for a full season was supposed to be one of the big game-changers for the Hurricanes this season. The team itself is fine overall and right on track to be a contender in the Eastern Conference again, but Niederreiter has just three goals and 10 points in his first 28 games this season. If he gets going offensively the way he did at the end of last season, it would make a massive impact for the Hurricanes.

The Blackhawks’ attempts to fix their blue line over the summer have failed, and they remain one of the worst defensive teams in the league. Add in the fact they have an aging roster, a coach who might not be the answer and a terrible salary cap situation, and this is one big mess for general manager Stan Bowman — assuming he is the one who gets to try and fix it.  8 of 31

There are not many questions on this team. When healthy, it might be one of the five best rosters in the NHL with an elite top-line, improved scoring depth and an outstanding young defense. The biggest question might be whether Grubauer is the goalie to take them to a championship. He has not been bad, but if you were looking for a weak link right now it might be here.  9 of 31

The free agency exodus has definitely caught up to them, and while they miss the offense of Artemi Panarin, they still have no real long-term solution in goal. Both Joonas Korpisalo and Elvis Merzlikins seem like backup options instead of starters, and there does not seem to be much immediate help coming through the organizational pipeline.

The scoring depth is still a concern, but the thing that makes the Stars a contender is the play of their top players. Tyler Seguin and Jamie Benn may face criticism (often times internally), but they have been the best players on the team for years. So far this season their numbers are down a bit, and it is especially true for Benn. Is it just an early slump, or a sign that his career is finally starting to slow down? 11 of 31

He had to know this was going to be a huge job when he took it, but it might be even more daunting than Yzerman first realized. So far he has not made many roster moves as Red Wings general manager, but he has some big decisions to make, including the future of head coach Jeff Blashill. The record is not his fault, but at some point you might need a new voice. This team is on track to be historically bad this season.  12 of 31

Edmonton Oilers: Can they sustain this start?

If we are being honest, it still seems unlikely. The offense is completely dependent on Connor McDavid and Leon Draisaitl, which is the same story as in the past three years. The only change so far this year is that the goaltending of Mike Smith and Mikko Koskinen has masked all of the other many flaws this team still has.

Florida Panthers: Did they make a mistake signing Sergei Bobrovsky?

It was always going to be a long-term question, but the assumption was that they would at least get a few solid years and some playoff appearances out of Bobrovsky before his career declined. So far, the Panthers have not even been able to get one good year out of him. He has performed poorly, been benched and is owed $10 million per year over the next six seasons.  14 of 31

It was always going to be a long-term question, but the assumption was that they would at least get a few solid years and some playoff appearances out of Bobrovsky before his career declined. So far, the Panthers have not even been able to get one good year out of him. He has performed poorly, been benched and is owed $10 million per year over the next six seasons.  14 of 31

Los Angeles Kings: Do they start the rebuild?

What to do with Ilya Kovalchuk is a big question, but it seems his time with the team is already done. The concern is when the Kings actually start rebuilding this organization. Seriously, it is time. To be blunt, they are not good and even with a strong farm system, their short-term outlook looks rough. The team is going nowhere as currently constructed and is long overdue for a real rebuild that involves the team trading significant pieces to look toward the future. They have been dragging their feet on this for years, and the longer they wait the harder the rebuild will be once they actually start it.  15 of 31

At this point it seems to be a matter of when, and not if, a coaching change is made. The Wild are headed toward a second straight non-playoff season, they are one of the worst teams in the Western Conference, and first-year general manager Bill Guerin is almost certainly going to want his own coach. Boudreau would get another job quickly if the Wild decide to make a change, which seems inevitable at this point.