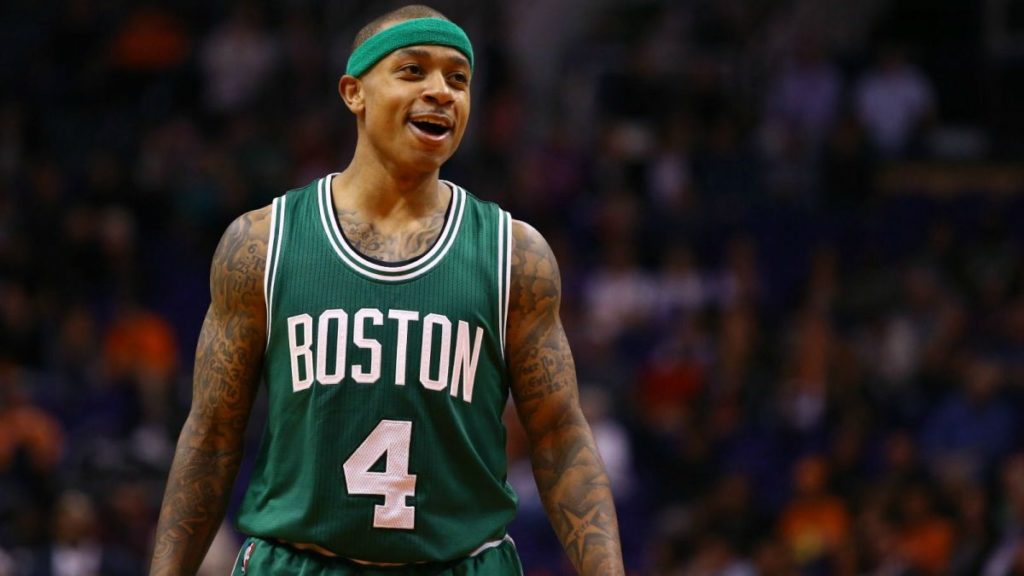 Written by Chris Forsberg at ESPN.com

As if his teammates screaming at him to finish off his epic fourth-quarter scoring performance wasn’t enough, Isaiah Thomas looked into the crowd at TD Garden in the final minutes of Friday’s game against the Miami Heat to find his own mother screaming at him.

The 5-foot-9 Thomas set a Boston Celtics franchise record by scoring 29 fourth-quarter points and — obeying his mother’s command — finished off a mesmerizing 52-point performance in Boston’s 117-114 triumph over the Miami Heat.

Only Larry Bird (60, 53) and Kevin McHale (56) have scored more points in franchise history in a regular-season game than Thomas, who is just the seventh player in team history to reach the 50-point plateau.

Thomas tied Antoine Walker’s franchise record with nine 3-pointers, six of which came in the final quarter. Thomas made 15 of 26 shots overall and all 13 of his free throw attempts over 37 minutes, 9 seconds.

It was just 10 days ago that Thomas scored a career-high 44 points in an overtime win over the Memphis Grizzlies. Thomas eclipsed that mark with 1:57 to play, and both his teammates and his mother implored him to go for 50 — or more.

Thomas was serenaded with MVP chants during every trip to the free throw line and simply seemed incapable of missing in the final frame. Thomas obliterated Boston’s previous record of 24 points in a quarter held by Bird (1983) and Todd Day (1995).

Thomas’ 29 points were the second-highest fourth-quarter output in league history behind only Wilt Chamberlain, who scored 31 in his 100-point performance.