In April 2018, Adam Steele of TheGridFe.com offered a formula for determining the greatest quarterbacks in NFL history. If only the process was so easy. The reality of the situation is that analysts, journalists, beat reporters, observers and fans will probably never come to a consensus regarding the topic for different reasons. As much as those individuals may not want to admit it, personal feelings do affect opinions on the matter.

The men atop the list are either already in the Pro Football Hall of Fame or will have their days in Canton not long after they call time on their legendary careers. Who sits atop your figurative mountain? Is it The Sheriff, The Gunslinger, Joe Cool or the signal-caller whom supporters of the New England Patriots refer to as the G.O.A.T.? Maybe, just maybe, you deem someone else the greatest QB of all time.

Russell Wilson’s stock will either rise or fall between the posting of this piece and his last game in the NFL. The one-time Super Bowl champion should have another ring in his personal trophy case (why didn’t Pete Carroll feed Marshawn Lynch?!?), and that second championship could have propelled him higher up such lists. He’s already the greatest QB to ever play for the Seattle Seahawks. 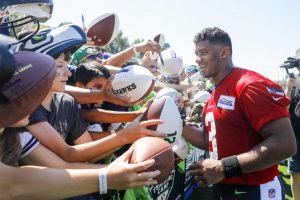 In January 2010, Jason Lisk of Pro-Football-Reference argued that journeyman QB Vinny Testaverde enjoyed a better career than some realized. Testaverde remains 13th all time in passing yards despite the fact that he hasn’t played since 2007, and he started his career under center for some awful Tampa Bay Buccaneers sides. Whether or not you believe Testaverde peaked later than others or deserved better from the team that drafted him could affect how you rate him. 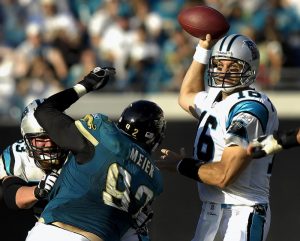 In 1978, Joe Theismann earned the keys to the offense of the Washington Redskins when he was 29 years old. His career ended in 1985 following the horrific leg injury he suffered while being sacked by New York Giants linebacker Lawrence Taylor. Between those two moments, Theismann won a Super Bowl, an NFL MVP award and Offensive Player of the Year honors. 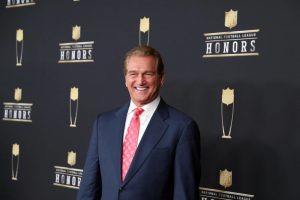 The bulk of Daryle Lamonica’s time as a starting QB occurred from 1967 through through 1972 with the Oakland Raiders. He twice won AFL MVP featuring for excellent Oakland teams, but he was unable to win a Super Bowl with the club. The Professional Football Researchers Association inducted Lamonica into its “Hall of Very Good” in 2013. 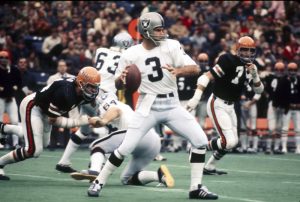 Fans of the Detroit Lions know Bobby Layne for the alleged “curse” he brought down upon the franchise after he was traded to the Pittsburgh Steelers. Supernatural occurrences aside, Layne was a dual-threat QB named to six Pro Bowl squads during the 1950s. “Bobby Layne never lost a game,” Hall of Famer Doak Walker once said of his former teammate, per the NY Times. “Sometimes, time just ran out on him.” 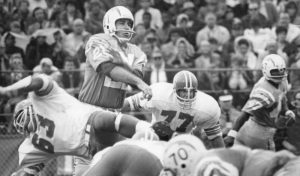 Donovan McNabb was largely responsible for the rise of the Philadelphia Eagles during the first half of the 2000s. Statistically, he posted his best passing numbers after the Eagles acquired Hall of Fame wide receiver Terrell Owens. The six-time Pro Bowl signal-caller is one of 10 QBs to accumulate at least 3,000 rushing yards during his career. 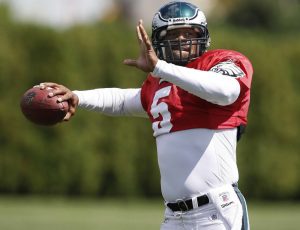 Roman Gabriel evolved into one of the better QBs of the second half of the 1960s after the Los Angeles Rams entrusted him with starting duties in 1966. Gabriel won MVP honors that season, and he was named Comeback Player of the Year in 1973 for his play with the Philadelphia Eagles following a trade. Per the Pro Football Researchers Association, Gabriel’s 3.3 career interception percentage was the lowest of all time, among eligible QBs, when he retired. 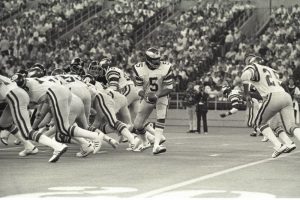 According to Daniel Brown of the Mercury News, former San Francisco 49ers quarterback John Brodie was third all time in passing yards behind only Johnny Unitas and Fran Tarkenton when he retired after the 1973 season. The two-time Pro Bowl QB and one-time NFL MVP led the league in passing yards on three occasions. Unfortunately, he also played for some forgettable teams. 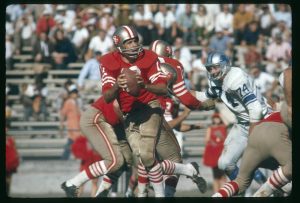 Per KC Joyner of the NY Times, Hall of Fame head coach Bill Walsh once explained how he helped “pad” the stats of quarterback Ken Anderson when Walsh was an assistant with the Cincinnati Bengals. Ironically, Walsh served as head coach of the San Francisco 49ers team that defeated Anderson and the Bengals 26-21 in Super Bowl XVI. In Anderson’s defense, he won NFL MVP, Offensive Player of the Year and Comeback Player of the Year in 1981. In July 2018, Boomer Esiason told the official Bengals website Anderson should be a “no-brainer” Hall of Fame inductee. 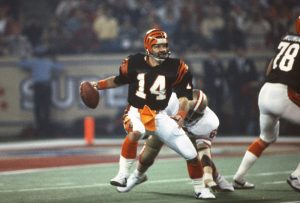 Carolina Panthers quarterback Cam Newton turned 29 years old in April 2018. At that time, he had Offensive Rookie of the Year, Offensive Player of the Year, an MVP award and a conference championship on his resume. Newton’s inconsistent play frustrates Carolina fans who know what he can achieve when in his top form. His ceiling remains high heading into the second half of his career. 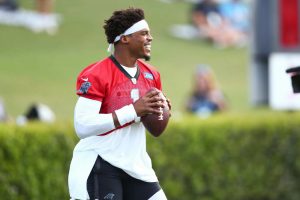 Some may immediately think of Jim Everett’s infamous altercation with sports talk personality Jim Rome whenever they see or hear the QB’s name. As Jason Lisk of The Big Lead pointed out, Everett is relatively underrated for somebody who led the NFL in touchdown passes in back-to-back seasons (1989, 1990). Per Pro-Football-Reference, he’s 28th all time in passing yards and 40th in career passing touchdowns. 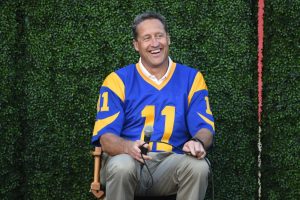 Tony Romo never took good Dallas Cowboys teams past divisional rounds of postseason tournaments, and that could prevent him from entering the Hall of Fame without a ticket. Romo earned four Pro Bowl nods during his lengthy career, and he is fourth all time in career passing rating, per Pro-Football-Reference. Plenty of teams around the NFL would have loved having Romo under center for regular-season games between 2007 and 2014. 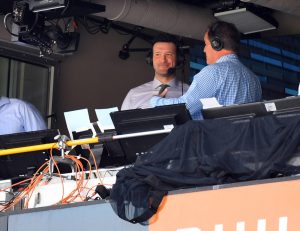 Via Pro-Football-Reference, George Blanda is one of eight men to toss seven touchdowns in a single game. The 1961 AFL MVP led that league in pass completions on three occasions, and he twice led that league in passing yards. His kicking skills allowed him to extend his career once he could no longer earn roles as a starting QB. 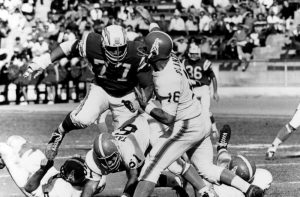 Well before the Michael Vick Experience took the NFL by storm, Randall Cunningham electrified fans as a member of the Philadelphia Eagles. As of the end of the 2017 NFL season, Cunningham is second only to Vick in QB career rushing yards, per Michael David Smith of Pro Football Talk. He was named to four Pro Bowl squads between 1988 and 1998. 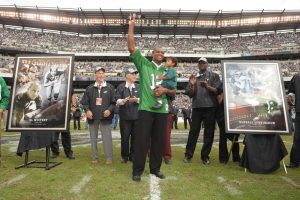 Like the previously mentioned Cam Newton, Atlanta Falcons QB Matt Ryan has several personal pieces of silverware in his trophy case. It’s possible Ryan, who should cruise to 50,000-plus career passing yards before he retires, would be higher on the list had the Falcons not blown a 28-3 lead to the New England Patriots in Super Bowl LI. The 33-year-old one-time MVP needs several additional good seasons, and maybe a ring, to cement his Hall of Fame status. 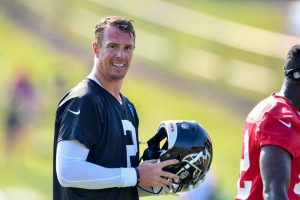 The Oakland Raiders acquired QB Rich Gannon before the 1999 regular season. He was 33 years old when he began a run that included four consecutive Pro Bowl nods, first-team All-Pro honors on two occasions and an MVP campaign in 2002. Gannon led the NFL in passing yards that same season. If only he and Jon Gruden found each other sooner. 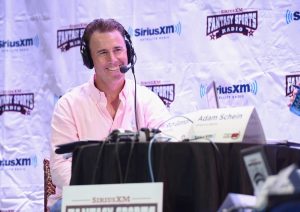 Former coach Sid Gillman, an offensive mastermind credited for helping make pro football the pass-first game it is today, referred to Boomer Esiason as “technically the most perfect” QB when speaking with Sports Illustrated’s Ryan Zimmerman in 1991. The 1988 NFL MVP was named to four Pro Bowl squads between 1986 and 1993. He matched 13 touchdowns with only two interceptions in 1997, his last season with the Bengals and as an active player. 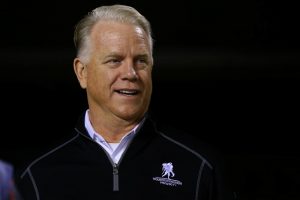 Had Phil Simms not suffered a broken foot late in the 1990 season, he, not Jeff Hostetler, probably would have guided the New York Giants to a Super Bowl XXV win over the Buffalo Bills. Simms may have even won a second Super Bowl MVP award. Imagine how much higher he’d be on such lists in such a scenario. 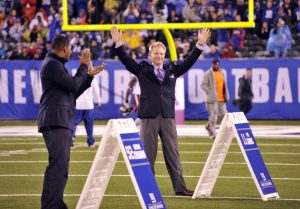 QB Norm Van Brocklin led the Philadelphia Eagles to a victory over the Vince Lombardi-coached Green Bay Packers in the 1960 NFL Championship Game. That, in itself, is enough to earn him a spot here. Van Brocklin was one of the top quarterbacks of the decade beginning in 1950, when he was named to the first of nine Pro Bowl teams. Van Brocklin won the MVP award in 1960. 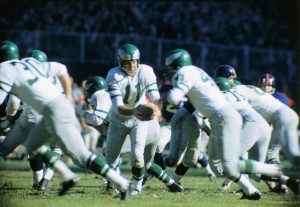 Unless his fortune changes, Los Angeles Chargers QB Philip Rivers will go down as the greatest QB of the 2000s, to date, to never win a Super Bowl. Rivers has been a fantasy football hero for the bulk of his career, and he’s a no-doubt Hall of Famer. Championships, or a lack thereof, matter in these types of discussions and debates. 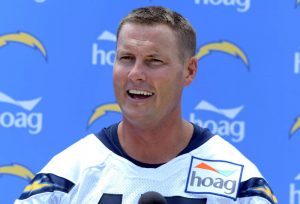