Temple Has A Chance To Break Record For Wins Tonight 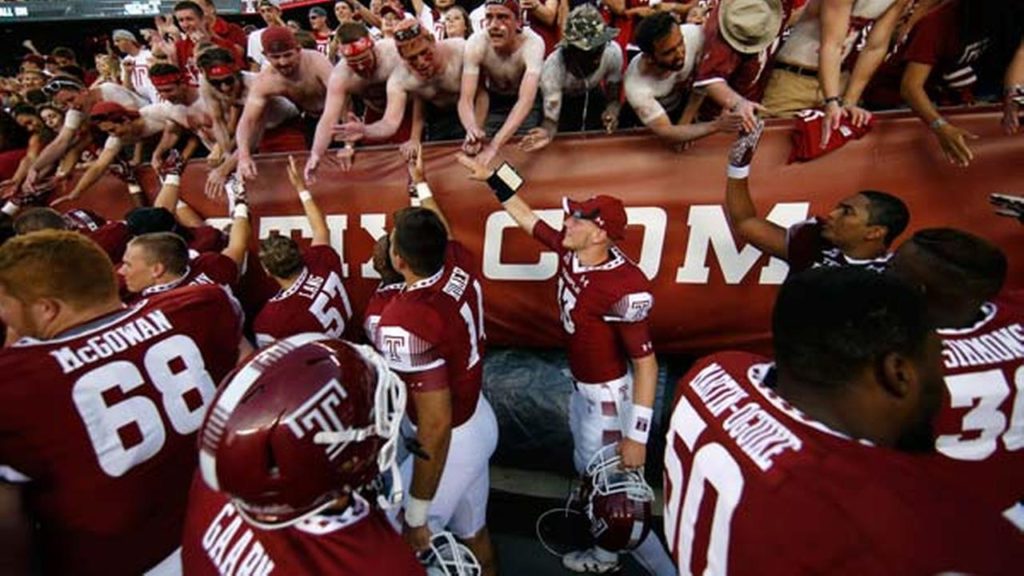 Written by Marc Narducci at Philly.com

The Temple football team will enter a bowl game with the chance to be the best team in school history for the second straight season.

Last year’s 32-17 loss to Toledo in the Boca Raton Bowl ended the season at 10-4 as the Owls faded down the stretch, losing their final two games.

In attempting to become the first Temple team to win 11 games, the Owls said they have a few things going for them, not the least of which is familiarity with the venue.

“I think it helps that we were just down there,” interim head coach Ed Foley said of Annapolis. Foley will guide the team while new coach Geoff Collins observes.

Foley said the most difficult aspect of playing at Navy was dealing with the swirling winds.

“The adjustments we had to make with the wind, especially with special teams, that is going to be fresh in my mind,” said Foley, who coached tight ends and special teams. “Especially special-teams wise, it could be somewhat of an advantage.”

According to weather.com, the forecast is for the temperature to reach 61 degrees by 4 p.m., with winds out of the northwest at 7 mph and no precipitation.

Temple said another advantage is the physical presence it will bring against Wake Forest, which is making its first bowl appearance since 2011, when the Demon Deacons lost to Mississippi State, 23-17 in the Music City Bowl.

Wake Forest’s biggest challenge will be scoring against Temple, which is eighth nationally among Football Bowl Subdivision schools in scoring defense, allowing 17.2 points per game.

“They are tough, physical, well-coached and fly around the football,” said Wake Forest quarterback John Wolford. “They had some dudes. They have some athletes, and we realize they are a very good defense and very sound.”

The same can be said for Wake Forest, allowing 21.3 points per game, which is 20th nationally. Senior linebacker Marquel Lee, who has 19 tackles for loss, is an NFL prospect.