RIP Tony Siragusa, aka “The Goose”. A large man with an even larger personality. You left us way too early. You will be truly missed. 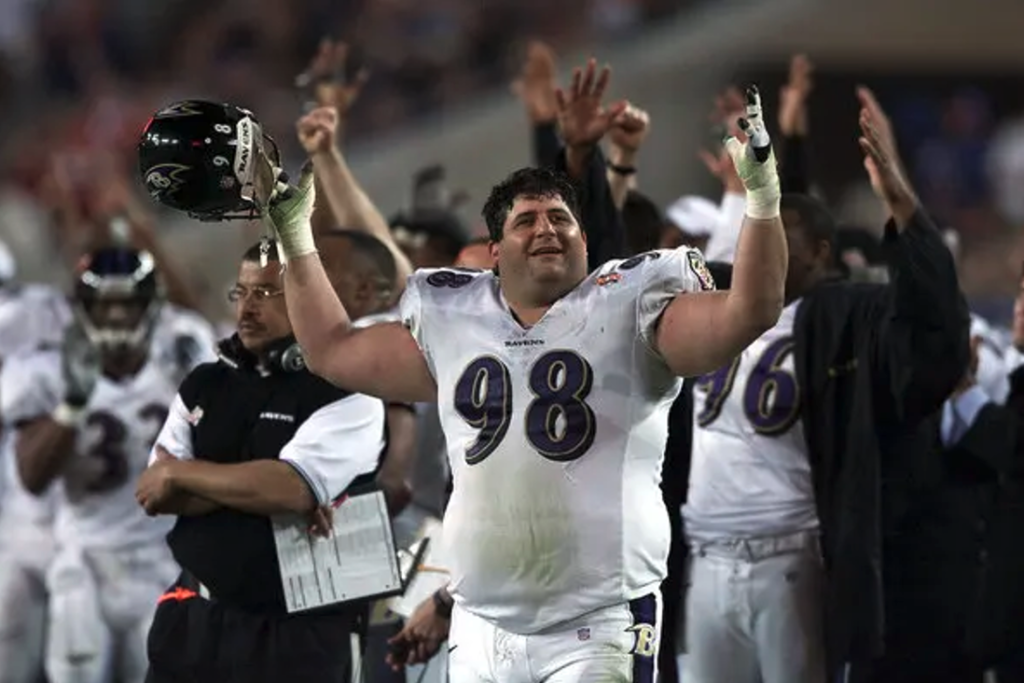 Tony Siragusa, the nose tackle who played 12 NFL seasons with Indianapolis and Baltimore from 1990-2001, died Wednesday at the age of 55, the Ravens announced.

Known for a personality even larger than his listed 6-foot-3, 330-pound stature, Siragusa went from undrafted defensive lineman to NFL fixture. He found his footing in Indianapolis, where he played in 96 games over seven seasons, recording 405 tackles, 16.5 sacks, four forced fumbles and five fumble recoveries. But he truly made his mark as a member of the Baltimore Ravens, tallying 159 tackles, 5.5 sacks, one forced fumble and four fumble recoveries and winning a Super Bowl in the 2000 season before becoming a fan favorite as a star of the first-ever Hard Knocks series in 2001.

“There was no one like Goose,” former Ravens coach Brian Billick said in a statement, “a warrior on the field and a team unifier with a giving, generous heart who helped teammates and the community more than most people know. We would not have won the Super Bowl without him. This is such stunning, sad news, and our hearts go out to Kathy and the Siragusa family.”

PrevPreviousWill Jabari Smith go # 1 to the Magic?
NextAvalanche Win Game 4 in OT. They’re up 3-1 in the Stanley Cup Final Series!Next