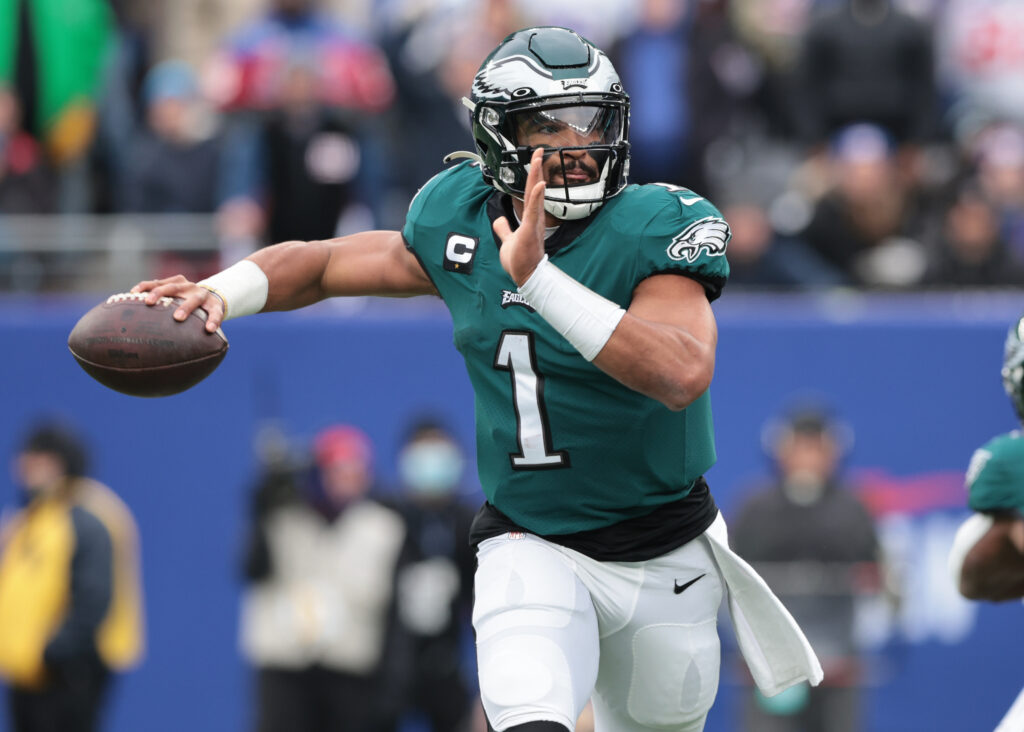 The Problem With Traditional Rankings

It is always important to view pure rankings with a grain of salt. A ranking is essentially a calculation of many variables. Namely, risk, upside, offensive scheme, durability, and surrounding talent on a team, among many others. There could be one player an analyst deems very risky, but high upside, while another is an extremely consistent “high-floor” player, and the rankings may simply show a one spot difference between the two. When you take a look at those rankings, they would lead you to believe these players could essentially be a toss-up between who to select in your draft, but in reality the situations surrounding when to take each one are distinct.

For example, you may already have arguably the safest back possible on your team in Jonathan Taylor. You then may want to take a risk with your second back to have a high upside duo. Another team may have picked Christian McCaffrey, notorious for being injured. This owner may opt for a safer back with a high floor to cap the risk from their first selection. In short, rankings would be much more useful if there were indication of the risk and potential upside that comes with taking a certain player. We attempt to provide our readers with that, and I will describe how in the next section.

How Our Ranking System Works

It is due to this reasoning that we prefer to make a more advanced, albeit simple, ranking system. You will not purely see a number to the side of a name, but also a floor and ceiling prediction for the range in which a player should perform. Other positional rankings will have slightly more information, but because all of these quarterbacks are at the top of their team’s depth charts, there is no need to worry about that in this ranking.

The floor and ceiling projections are based off of a twelve team format for fantasy leagues. There are a few indications to know about. Firstly, a QB1 simply means a top-12 quarterback. This is someone you can usually feel comfortable starting regardless of matchup. Ideally you will end up with at least one on your team. A QB2 would then be a top-24 quarterback, a solid backup who could be used as a starter during bye weeks or against great matchups.

There are also “high”, “mid”, and “low” indications of where I expect a quarterback to fall within their starter or backup spots. High means top 4-5, so a high QB1 would mean a quarterback finishing in the top 5 among all quarterbacks, while a high QB2 would mean finishing with a 13-16 ranking among quarterbacks. Mid means falling within the middle of the top 12 or top 24, so a mid QB1 would be the 5th-8th ranked quarterback and a mid QB2 would be ranked 17th-20th. A low ranking then falls below mid and high. Hopefully that’s all simple enough to understand. Now, onto the rankings.

You will notice that Winston and Watson have asterisks next to their names. This symbol means that there are factors that may impact their production, namely injury and suspension. When these asterisks appear on this ranking and future rankings, I will explain why they are there. They may impact where the player falls in the ranking.

While I am usually in favor of waiting for a quarterback, there is value to be had at the top of the rankings as well. I wouldn’t necessarily go for one of the top three on my rankings, but if any of them fall much, there is nothing wrong with picking them up in the early middle rounds. Lamar Jackson and Jalen Hurts both hold good value. I am a huge fan of rushing quarterbacks because of the high weekly floor they provide, along with their massive season-long upside. Though rushing quarterbacks come with durability concerns, these two are worth the risk as either could finish as the top ranked quarterback by the end of the season.

My 6th through 11th ranked quarterbacks are all solid picks in the middle rounds. Any one of them is a safe top QB option, so taking a starter in this zone isn’t a bad idea. I would say that once you feel secure with the other positions in your roster, feel free to look at these quarterbacks and take your top pick in this range. You may be able to find some value from a slide in your draft. Although, there is no need to worry if you miss out on the top 11. There is still plenty of value to be found among the remaining quarterbacks.

There are also a lot of young, unproven quarterbacks in these rankings. All of them have starting potential depending on how their seasons pan out. Some will likely reach their potential while some won’t. My best guesses on who will hit are built into my rankings. I expect Trey Lance to have a great year. With his rushing upside and supporting cast, it is well within the realm of possibility that he jumps into the elite quarterback group like Patrick Mahomes did in his first year as starter. The more likely scenario is getting a solid weekly starter out of him though, which is still great value. Aside from Lance, I think Trevor Lawrence, Tua Tagovailoa, and Zach Wilson have the best chances to take leaps this season, with all of their offenses being greatly improved.

Derek Carr and Jameis Winston are two sleeper picks I like. Carr is my top option if I wait on quarterbacks and need a safe option with good upside. Winston is a good upside pick to grab at the end of drafts. Carr has finished as the QB13 and QB14 over the past two years, and now goes into the season with the best receiving core of his career thanks to the addition of Davante Adams. Winston should have a receiving core of Michael Thomas, Jarvis Landry, and Chis Olave for week 1 this season. The Saints’ receivers are much better than people realize, and Winston has a track record as a good fantasy quarterback. He is working his way back from a torn ACL, though reports indicate both he and his top receiver should be ready for week 1, so he’s worth a late stash.

While quarterbacks mostly have less discrepancies in their floors and ceilings compared to other positions, there are still certainly some high-upside, low floor picks available, with Deshaun Watson being the largest of them all. With his talent, he is easily a starting option with elite QB1 potential when he plays, despite taking the past year off of football. However, his punishment by the league remains to be seen. Being suspended the entire year is a legitimate possibility. At the very least, a six to eight game suspension is all but guaranteed.

Don’t stress about the quarterback position. Quarterback is the least important position in fantasy and the easiest to fix after a draft. If you end up with a top 10-12 option, you should already be pretty much set with a starter for the year, barring injury. If those quarterbacks don’t line up with how your draft is going, there is no need to reach. There are plenty of solid options down the line to grab.

Hopefully these quarterback rankings give you a good feeling about the fantasy offseason. This likely won’t be my final ranking before the season as news comes out about these offenses and injuries take place. Expect another ranking to come out closer to the season as training camps wrap up. If you have any questions or would like more information on any rankings, feel free to leave a comment on the Inhale Fantasy Football Instagram account and we will get back soon after.

For more fantasy football articles and information, head to the “fantasy” category on our site here.

PrevPrevious2022 MLB Draft recap: Breaking down players to know for all 30 teams
NextBurnside: Flames and Panthers hit the blockbuster buttonNext