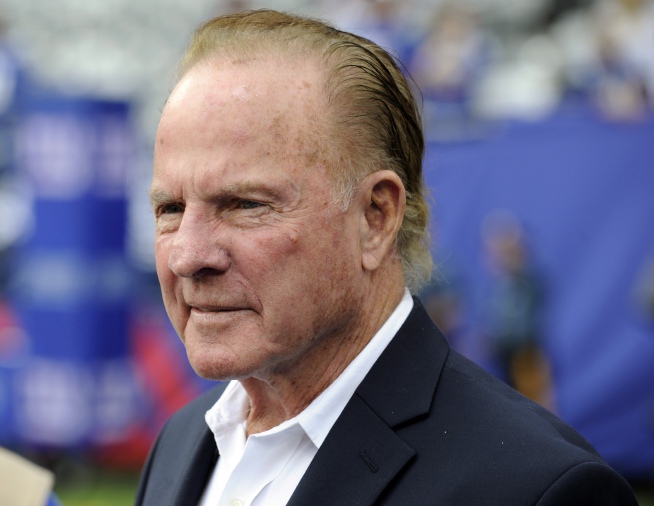 Frank Gifford, as well known for being a buffer for fellow announcers Don Meredith and Howard Cosell on “Monday Night Football” as for his versatility as a player, died Sunday. He was 84.

In a statement released by NBC News, his family said Gifford died suddenly at his Connecticut home of natural causes. His wife, Kathie Lee Gifford, is a host for NBC’s “Today.”

“We rejoice in the extraordinary life he was privileged to live, and we feel grateful and blessed to have been loved by such an amazing human being,” his family said in the statement. “We ask that our privacy be respected at this difficult time and we thank you for your prayers.”

A running back, defensive back, wide receiver and special teams player in his career, Gifford was the NFL’s MVP in 1956, when the Giants won the title. He went to the Pro Bowl at three positions and was the centerpiece of a Giants offense that went to five NFL title games in the 1950s and ’60s.

Beginning in 1971, he worked for ABC’s “Monday Night Football,” at first as a play-by-play announcer and then an analyst, winning his Emmy in 1976-77.

“Frank’s talent and charisma on the field and on the air were important elements in the growth and popularity of the modern NFL,” Commissioner Roger Goodell said.

Later in life, Gifford stayed in the spotlight through his marriage to Kathie Lee Gifford, who famously called him a “human love machine” and “lamb-chop” to her millions of viewers.

Source: On football field, in the booth, Frank Gifford a winner – The Denver Post