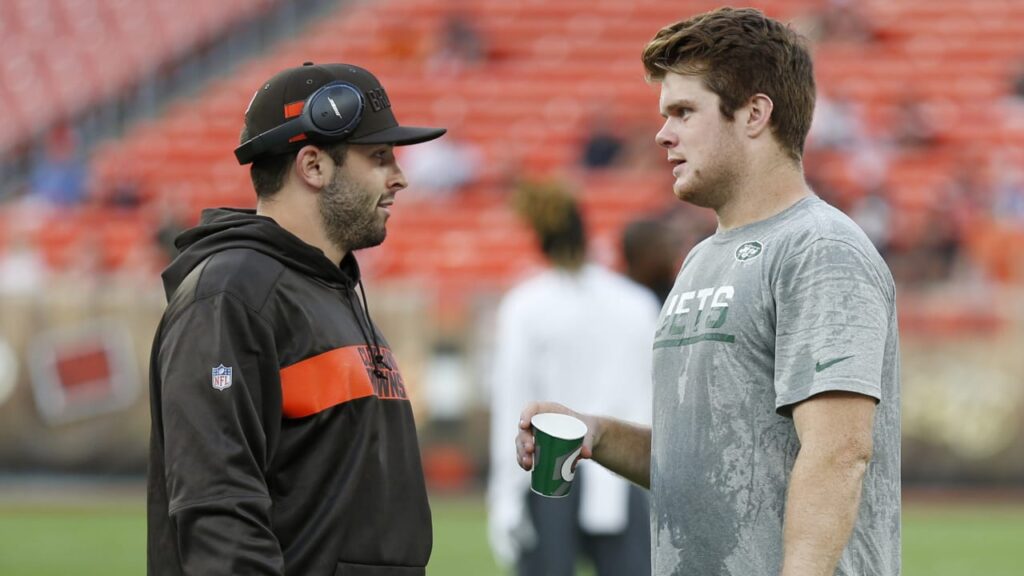 As the NFL preseason schedule hits full throttle this week, heated position battles for all 32 teams will be decided in games and training camp as kickoff for the 2022 season draws near.

Some of the competitions will have huge implications for fantasy football fans — especially the undecided QB battles.

The Carolina Panthers have an open quarterback competition between Baker Mayfield and Sam Darnold. The Pittsburgh Steelers expect Mitch Trubisky to open the season as QB1, but he could be pushed by Mason Rudolph and first-round selection Kenny Pickett.

For the Buffalo Bills and Philadelphia Eagles, the battles for positions behind their top two receivers are heating up.

NFL Nation reporters break down the biggest competitions in training camp for all 32 teams.

After wide receiver Cole Beasley was released this offseason, Isaiah McKenzie has emerged as the leading candidate to take his spot at slot receiver. Free agent addition Jamison Crowder missed a significant portion of camp with a lower-extremity issue, which leaves him behind in the battle. He will have to impress for the rest of camp and the preseason to keep up with McKenzie. — Alaina Getzenberg

It’s difficult to call this a battle, because carries will be split in the Dolphins’ crowded backfield no matter what. The “battle” is for the lion’s share of reps between Chase Edmonds, Raheem Mostert and Sony Michel — with Myles Gaskin, Salvon Ahmed and ZaQuandre White all fighting for a roster spot. Right now, it appears to be in that order, but the preseason games will offer a clearer view of the pecking order. — Marcel Louis-Jacques

Mitch Trubisky is listed as the starter on the first depth chart released by the Steelers. He has taken almost all of the first-team reps through the first two weeks of training camp and has shown improvement in recent days. Even so, Mason Rudolph has looked sharp, suggesting the distance between the two isn’t that great. After a rough start, first-round pick Kenny Pickett is playing better, too, though he still appears to be third behind the veterans. — Brooke Pryor

The running back room is improved compared to last season’s group that ranked last in rushing yards per game (83.6). Former Colt Marlon Mack has flashed glimpses of his old self (he rushed for 1,091 yards in 2019 before injuring his right Achilles in 2020, which wiped out the majority of his 2021 season). Fourth-rounder Dameon Pierce has been the most dynamic back in camp as his quickness through the holes has produced more explosive plays. Rex Burkhead has been the most consistent overall, showing the ability to run, catch and block. — D.J. Bien-Aime

Clyde Edwards-Helaire is RB1, but he missed significant time with injuries in each of the past two seasons, so identifying the top reserves is high on the Chiefs’ to-do list. Ronald Jones has been the No. 2 back for much of camp, but the Chiefs are also giving long looks to Jerick McKinnon, Derrick Gore and rookie Isiah Pacheco. Don’t be surprised if the Chiefs keep four running backs as this is the deepest group they’ve had in years. — Adam Teicher

Most teams know who their starting quarterbacks are entering camp. Not the Panthers. They have an “open” competition between Baker Mayfield and Sam Darnold, the Nos. 1 and 3 picks, respectively, from the 2018 draft. Neither has created separation thus far, and coach Matt Rhule doesn’t expect to make a decision until sometime after the Aug. 19 preseason game against New England. Mayfield is the fan favorite judging by cheers in practice, but the outcome will be determined by production in preseason games. Mayfield’s edge is he has had some success, leading Cleveland to an 11-5 record and a playoff win in 2020. Darnold has yet to lead a team to the playoffs. — David Newton

We highlighted the most important position battles for fantasy purposes, but if you want to read about the rest head here.

Or if you want to read about how each battle factors into your fantasy draft, head here.