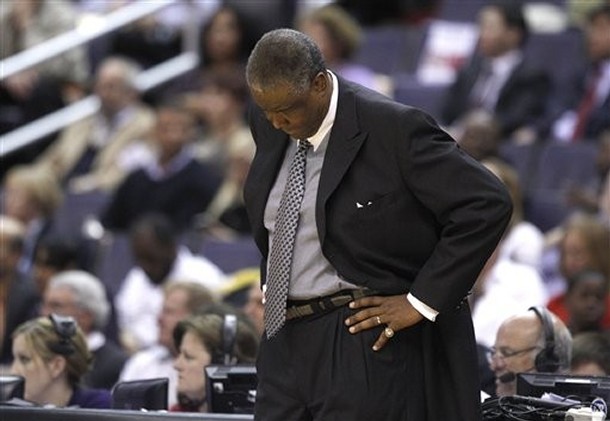 The headline for this column is probably a little too strong. (EDITOR’S NOTE: PROBABLY?!?!?!?! However, we’ll still allow it, because PAGEVIEWS. –M.Z.) Being an NBA head coach is certainly not the worst job ever. Not literally, at least. NBA coaches are not putting their lives on the line, digging ditches for pennies, or performing any of the thousands of other jobs that are far harder and more dangerous, for a tiny fraction of the money.

However, my original headline of “Being An NBA Head Coach Seems Kind of Absurd and Not all That Much Fun” was not only far too long, but not really the type of headline which would entice a reader to click a link.

(EDITOR’S NOTE: YES! This will also be the last editor’s note.

So, um… I apologize now for my (still bad) attempt at clickbaiting the potential audience. That said, I welcome those of you who have stayed to read despite my admittance of lying to the general public for the sake of more eyeballs.

To get to my point, we need to enter a time-machine, set the clock back to a few hours ago, and WHAM!

I was sitting in my cubicle — dreaming about things other than being in a cubicle — and a thought was dropped inside my cranium by the Thought Fairy (she’s real to me, damn it), and now here we are, about to discuss how being an NBA head coach seems stinky — relatively, of course.