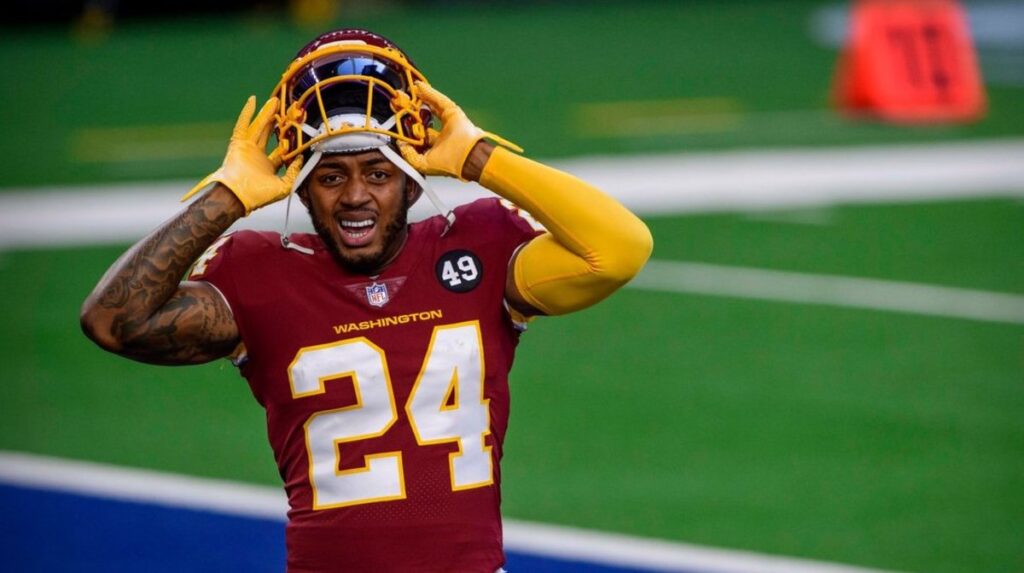 After all the words written and spoken about Trey Lance, it’s nice to finally see the 49ers quarterback on the field leading his offense to the end zone.

In the 49ers’ first preseason game, last year’s No. 3 overall pick orchestrated a nine-play opening drive that culminated in a 50-yard Robbie Gould field goal. Lance followed that up with a deep pass that rookie speedster Danny Gray took 76 yards to the house.

Though most of his production came on the long touchdown, Lance finished the game having completed 4 of 5 attempts for 92 yards and a score while also adding 7 yards on the ground in one quarter of action.

As we’ve said all offseason, Lance won’t be flawless. The 22-year-old still needs plenty of development as a passer, and his understanding of Kyle Shanahan’s system will only grow with time. What fantasy managers can feel good about is his comfort level as the leader of this offense and the dual-threat ability that will bring a high floor and an even higher ceiling.

We have Lance ranked as our QB9 in redraft leagues and as our favorite choice to break out at his position.

It’s also worth noting that Lance was this effective without the likes of Deebo Samuel, Brandon Aiyuk, George Kittle, Elijah Mitchell, or Trent Williams, all of whom sat out the preseason opener.

That allowed several players to earn extended playing time, including the aforementioned TD-scorer Gray. The third-rounder brings a field-stretching element to San Francisco’s attack and is making a case to be the No. 3 wideout over Jauan Jennings. Dynasty managers should take note.

J.D. McKissic‘s return to the Commanders wasn’t a great sign for Antonio Gibson‘s fantasy outlook. The situation became even more complicated when the front office brought in a variety of running back prospects for top-30 visits in the spring and drafted Brian Robinson in the third round.

When head coach Ron Rivera talked up Robinson as a potential short-yardage back and a member of a one-two punch, we had to consider the possibility that Washington didn’t see Gibson as its long-term answer in the backfield.

Gibson’s ball security may have been one of the issues that influenced the Commanders’ decision. The 24-year-old fumbled six times in 2021 – the most of any running back in the league.

Several beat writers have pointed out recurrences of the fumbling problems in offseason practices, and Gibson lost yet another ball in Saturday’s game against the Panthers.

The coaching staff responded by letting Robinson take over the early-down work with the first-team offense. The rookie piled up 26 rushing yards, 15 receiving yards, and a touchdown. Gibson was limited to 4 yards on five touches.

While Gibson remains the lead back (for now), his fantasy stock has already taken a dramatic hit with McKissic’s passing game role and Robinson siphoning carries and possibly goal-line duties.

It makes it very hard to trust Gibson as a fantasy starter this season, which is why he’s on our list of players to avoid in your drafts.

If Gibson gets hurt, or if his fumbling issues persist, the door will be open for Robinson to steal the lead back job in Washington.

The practice highlights and buzz surrounding the Steelers’ George Pickens and the Packers’ Romeo Doubs has been overwhelming this offseason, and they reached new heights over the last couple weeks of training camp.

So it shouldn’t have been the least bit surprising that both rookie wideouts posted strong performances in their preseason debuts.

Pickens was listed as a starter alongside Diontae Johnson and Chase Claypool on Pittsburgh’s initial depth chart. However, with the two veterans sitting out, this year’s second-round pick went to work, catching three of his five targets for 43 yards and a score.

The toe-tapping touchdown was impressive, but the more exciting storyline has been Pickens showing he belongs in the NFL from Day 1.

The 21-year-old is physical and competitive, with a massive catch radius and outstanding ball skills. He was a No. 1 receiver talent who fell out of the first round due to an ACL tear last season. There were also concerns about his decision-making and maturity. While he still has a long way to go to prove himself as a pro, Pickens has the look of a future star and may take on a big role right away in an already crowded Steelers offense.

As for Doubs, the opportunity in Green Bay is enormous. The departure of Davante Adams left an unfillable void on the Packers’ receiving depth chart.

Allen Lazard is the most likely candidate to feature, but Doubs is doing his best to earn snaps and targets. Like Pickens, he’s been catching everything thrown his way in camp – with the exception of the times he’s been matched up against second-team All-Pro cornerback Jaire Alexander.

The fourth-round rookie continued to make plays in his preseason debut against the 49ers, hauling in three grabs for 45 yards and a score.

Whether this is enough to push Doubs up the depth chart ahead of some of his veteran teammates – like Sammy Watkins or Randall Cobb – remains to be seen.

For now, we’ll keep monitoring both Pickens and Doubs as former sleepers who are now on everyone’s radar as late-round picks with significant fantasy upside in 2022.

Read the rest of the fantasy takeaways here.