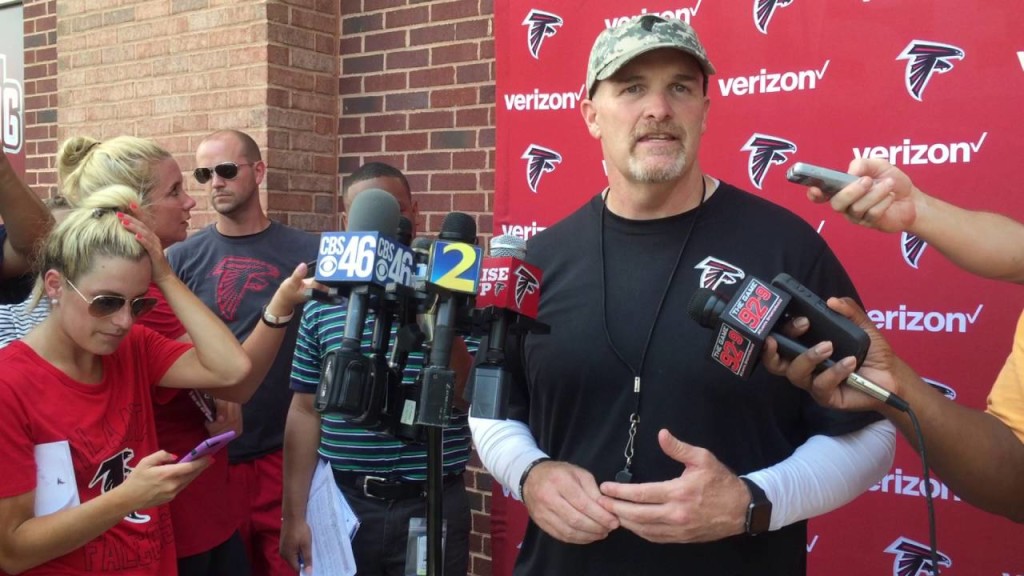 The Falcons will close with the last day of minicamp, which starts at 11:20 a.m. and is open to the public, today.

Here are five things to know about the last day of minicamp:

1. Over the break. The Falcons will be on their own after the final practice. “No we don’t worry about the break,” Falcons coach Dan Quinn said. “We send the guys back to the plan. Here’s a couple of things specifically that each player can work at to get better but that’s the challenge of being a really good pro like working your craft where you don’t always have to work it here with just the coaches.” The players will report back to the team on July 27 for training camp.

2. Contact will remain open. While the players will get a break, the coaches will stay in contact. “To be great, you’re going to find time early, late, and on the weekends to work it,” Quinn said. “We’ll be in contact with them (and there are) some things we’re going to improve on. I anticipate that happening between now and then.”

3. Deion Jones bulking up. Linebacker Deion Jones, who weighed 222 pounds during the pre-draft process has put on some pounds. He’s up to 230 pounds.

5. Devin Fuller update. Five of the six Falcons rookie draft picks have received plenty offseason action. Wide receiver Devin Fuller, a seventh round pick from UCLA, suffered a hamstring injury during the rookie minicamp in May and did not participate in the OTAS or minicamp. “So on that string we’re just trying to make sure that it’s fully back,” Quinn said. “Often times with a hamstring when it comes back too early…. we’re trying to be extra cautious to make sure there is no further setbacks. That’s really where we’re at. So he’s in the protocol and back running doing the training. That’ll happen for the next couple of weeks before he’s fully ready to get back into it. I’ll anticipate Fuller being ready for camp.”