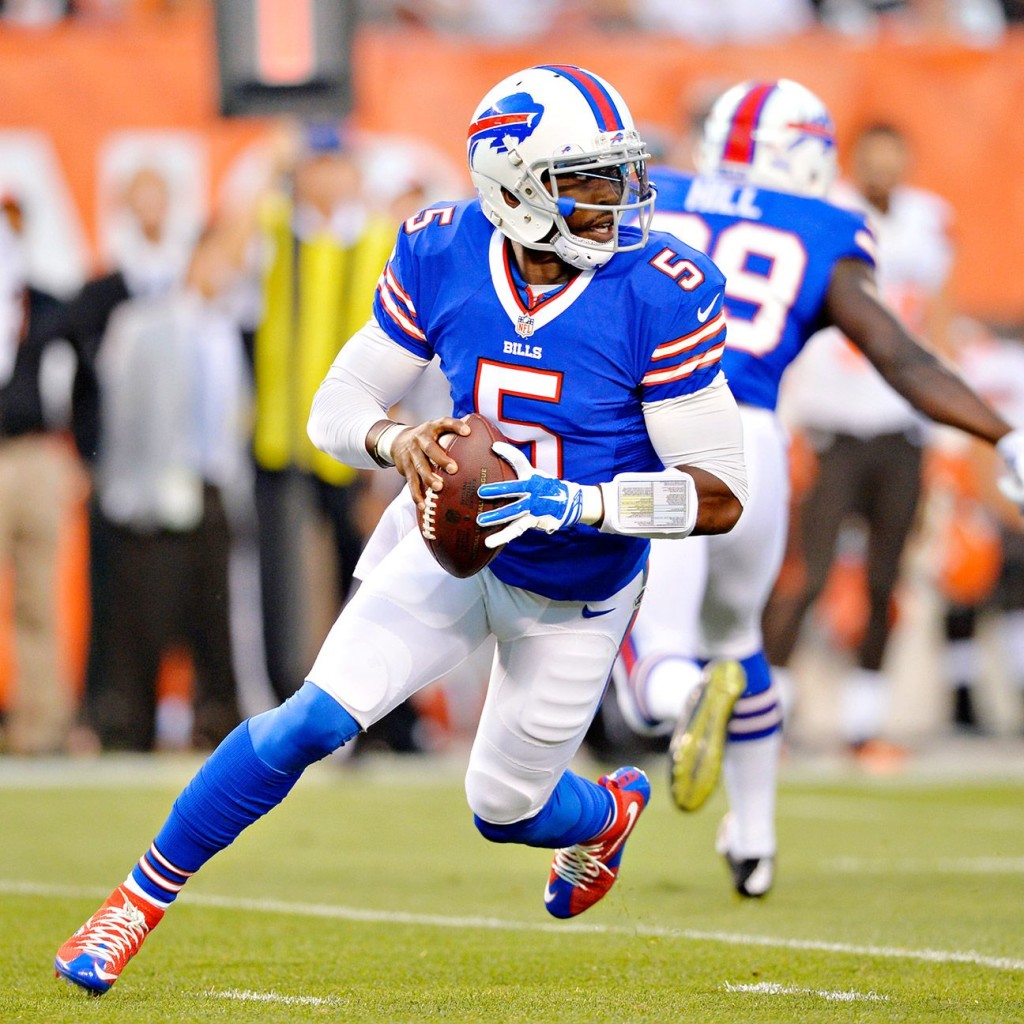 Article by Kevin Thomas at No Coast Bias

Below I will highlight a few guys that I perceive will provide value for their price on DraftKings for Week 4 in the NFL.

Aaron Rodgers, Green Bay Packers ($7,900): If you want to spend up on QB this week, Rodgers is the play against the 49ers. The 49ers have been terrible against the pass the last two weeks allowing 680 passing yards and 5 touchdowns. This week, they get to face the best QB on the planet. He is the play if you are paying up for QB and great for 50/50 or cash games.

Tyrod Taylor, Buffalo Bills ($5,800): Taylor is the 15th highest priced Quarterback despite averaging 23.1 DK points per week (6th best). He has a great matchup this week at home against the Giants, who have given up a league worst 336 passing yards a game. Taylor also has the ability to run with 40+ rushing yards in 2 of his first 3 starts. Taylor makes for a great play in both 50/50 cash games, as well as GPPs.

Latavius Murray, Oakland Raiders ($6,300): Murray has been very consistent this season with at least 18 touches and 80 total yards in each game. He gets the weak Chicago defense that has allowed 136 rushing yards a game and 4.7 yards per carry. The Raiders are favored in this game, so should have the lead and lean on Murray heavily. Start Murray at his reasonable $6,300 price tag.

Joseph Randle, Dallas Cowboys ($5,500): Randle has shown steady production so far this season with at least 14 carries and 51 rushing yards each game. The Cowboys leaned more on the run last week with loss of Tony Romo, and should continue that against the poor Saints run defense that has allowed 126 rushing yards a game against the mediocre running games of the Cardinals, Buccaneers and Panthers. Randle should be very effective behind the Dallas offensive line and brings nice value at $5,500.