College football in the time of COVID-19 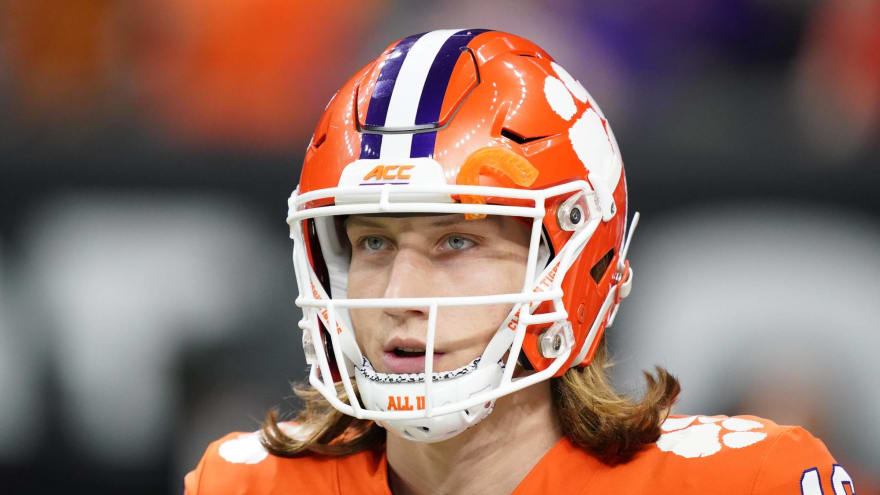 Training camps are now fired up around the NFL. We’re back to having actual football, offense vs. defense. While it’s not the typical setup and there won’t be any actual game action until Sept. 10th, it’s great to see some football back in our lives.

It won’t be that way for most college football fans, or high school football players and their families in 2020. The COVID-19 pandemic has stopped those seasons before they even started in many places, including the Big Ten and PAC-12, as well as all lower-level conferences around the country.

Despite the college cancellation, I remain confident the NFL will indeed kick off on time and play a full slate of games in Week 1. The teams have embraced personal responsibility and protective measures against possible infection, and it’s working. No player has been added to the reserve/COVID-19 list for a positive test or exposure to an infected person in over two weeks. That’s after a rash of players was added at the start of organized summer activities and nearly 70 NFL players opted out due to the risks involved with playing in a global pandemic.

The players and coaches have done what they needed to do. It’s been awkward for them. Some have sequestered themselves away from family members. They’re wearing masks wherever they go, no matter how much they dislike it. Their reward is the ability to operate as normally as possible and actually progress with their careers and their lives. America gave them carrots and they harvested them successfully (so far).

Sadly that is not true at the lower levels. Many college programs can trumpet the same successful plans. Players bought in and did everything they were told to do in order to try and have a season. They avoided parties, they stayed away from mingling with other students, they made sure to take precautions to avoid any chance of getting infected. Not all did, of course, but the overwhelming majority embraced the challenge and rose to it.

Yanking the carpet out from these young men after they did precisely what was demanded of them is a crushing blow. It’s devastating to the mental health and psyche of thousands of ambitious young men. When they were asked to jump, they responded “how high,” but the powers that be decided that jumping wasn’t ever going to be high enough.

Put yourself in those shoes. Imagine living almost solely on hope, however unrealistic it might have been, and then have that hope completely extinguished despite doing every single thing you were tasked with to attain that hope. Now factor in that there are no outlets for these disaffected, disappointed young men. They can’t go to a movie, a concert, a bar, a library. In many places, they can’t eat at a restaurant when it’s raining because indoor gathering is still prohibited. Group dates are strictly taboo. Here in Michigan, they still can’t go to a gym to lift a weight or run on a treadmill.

That’s why players like Ohio State QB Justin Fields and others have lashed out, demanding the chance to play. Who can blame them? There is quite literally nothing else for them to do. They look around in the pandemic and they don’t see any of their peers dying or even getting sick beyond what might be a bad cold. They’re not visiting with middle-aged aunts, they’re not going to jobs where they might come into contact with an immunocompromised person, they’re not picking up prescriptions at the pharmacy around possibly sick people. Their prism on the pandemic is different because of that, but that difference in life stage and perspective doesn’t matter. People are indeed dying and suffering major, life-altering conditions from COVID-19 infection, but the typical college football player is mostly far removed from being involved in those groups.

Do the college players need to be protected from themselves in the pandemic? Absolutely. But guess what — they were being protected. They did exactly what the NFL players did, rising to the challenge of doing everything right. Now they see the NFL veering into full action but their own aspirations shattered. What kind of message is that to send to young men who have been leaders and are at a critical point in their life-shaping mentalities?

The colleges and the sports machines that drive them are definitely deserving of blame. Many have known for months that trying to operate during the pandemic was a pipe dream, a logistical impossibility. But they continued to sell the hope that maybe if everyone did exactly as told, maybe we might get a chance to play an altered season. Maybe. That’s shameful conduct by the colleges, the sports networks, and most specifically, the NCAA for not doing anything.