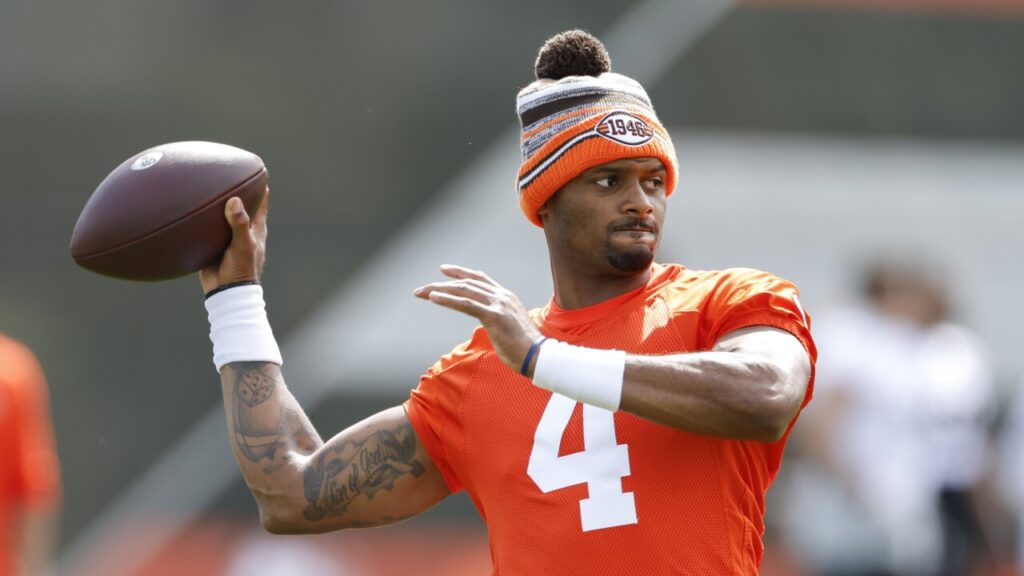 Robinson’s comprehensive 15-page conclusion stated that although Watson violated the personal conduct policy, there was not enough evidence to justify an indefinite suspension.

Robinson wrote in her ruling that the league recommended Watson be suspended for the entire 2022 regular season and postseason.

In relying on precedent, Robinson sought to differentiate between violent and non-violent sexual conduct. Robinson concluded that Watson’s conduct “does not fall into the category of violent conduct that would require the minimum 6-game suspension” which the league had established as “by far the most commonly-imposed discipline for domestic or gendered violence and sexual acts.”

The ruling relied on 32 previous suspensions under the league’s personal conduct policy since 2015. In 21 of those instances, the league suspended the player for six games, including the cases of Derrius Guice and Johnny Manziel. Greg Hardy was suspended for four games.

Robinson wrote that “the NFL carried its burden to prove, by a preponderance of the evidence, that Mr. Watson engaged in sexual assault (as defined by the NFL) against the four therapists identified in the Report. Mr. Watson violated the Policy in this regard.”

Robinson also found that Watson’s “predatory conduct cast ‘a negative light on the League and its players.’ ”

Robinson ruled that Watson is “to limit his massage therapy to Club-directed sessions and Club-approved massage therapists for the duration of his career, and so [I] impose this mandate as a condition to his reinstatement.” She also ruled that Watson is “to have no adverse involvement with law enforcement, and must not commit any additional violations of the Policy.”

The NFL Players Association, in a statement Sunday night, made it clear that it will “stand by” Robinson’s ruling and urged the NFL to do the same.

The NFL has until Thursday at 9 a.m. ET to file a written appeal. The league released a statement Monday saying it would determine its next steps. Watson is eligible to return for the Browns’ Oct. 23 game at Baltimore.

PrevPreviousLuis Castillo trade grades: Mariners, Reds both receive ‘A’ for deadline’s first blockbuster
Next9 clear winners from the 2022 Trade DeadlineNext