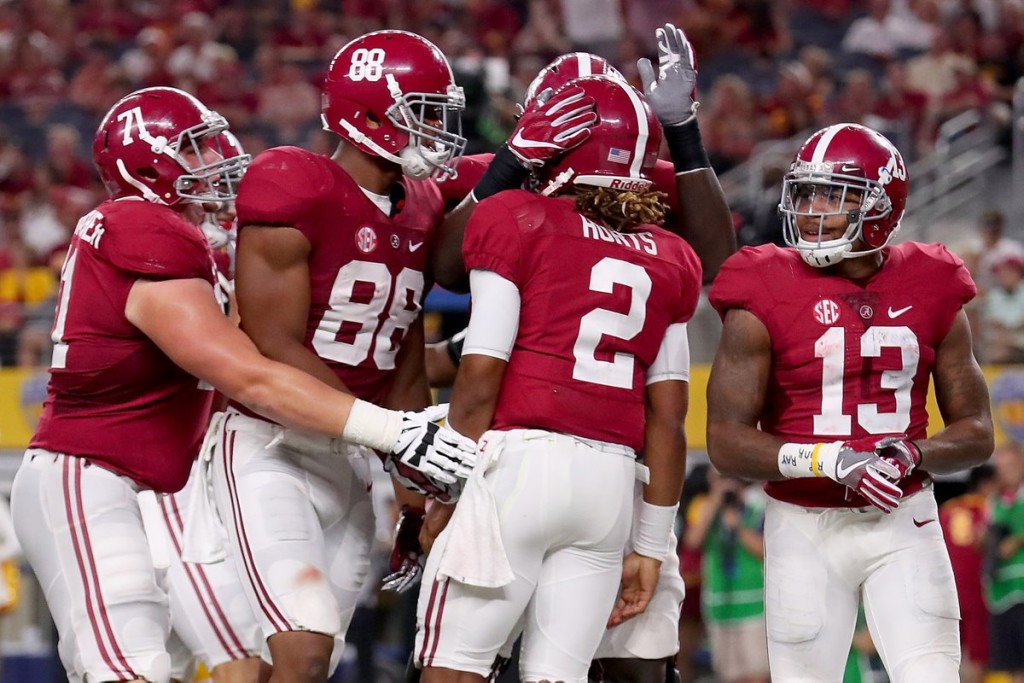 Written by Edward Aschoff at ESPN.com

Well, we’ve finally made it to the first round of the College Football Playoff.

Four teams are vying for a shot to play for it all in Tampa, Florida, in what has become our new New Year’s tradition.

Right now, just about everyone from coast to coast is expecting a Crimson Tide victory, but the Huskies are tired of talking and thinking about Alabama. They are ready to play — and beat — big, bad Bama.

But can they? Here are five things that will factor in Saturday’s game:

1. Washington will score first — off a big passing play

When you talk to coaches in and around the SEC, the one thing they point to when it comes to finding a weakness inside Alabama’s defense is the secondary. Already down top defensive back Eddie Jackson and obsessed with man coverage, the Tide will be susceptible to big plays from a high-flying Huskies offense. Quarterback Jake Browning (3,280 yards and 42 touchdowns) and his receiver duet of John Ross (1,122 and 17 TDs) and Dante Pettis (796/14) will hit this top-rated defense for a few big plays early. This is the best offense Alabama has seen all season, and the Huskies will exploit Alabama’s one-on-one coverage to put the first touchdown on the board.

2. Jonathan Allen will have two sacks and force a fumble

The nation’s best defender should have been invited to the Heisman Trophy ceremony, and he’ll show the voters why they made a major mistake by leaving him out of the mix with a big performance in the biggest game of the season. Washington’s offensive line and coaches have had nothing but praise for the big man with his flying skills, and he’ll introduce them in a mean way. Allen has been absolutely dominant this season, with 8.5 sacks, 13 tackles for loss and two defensive touchdowns, but he hasn’t forced a fumble all year. That will change Saturday.