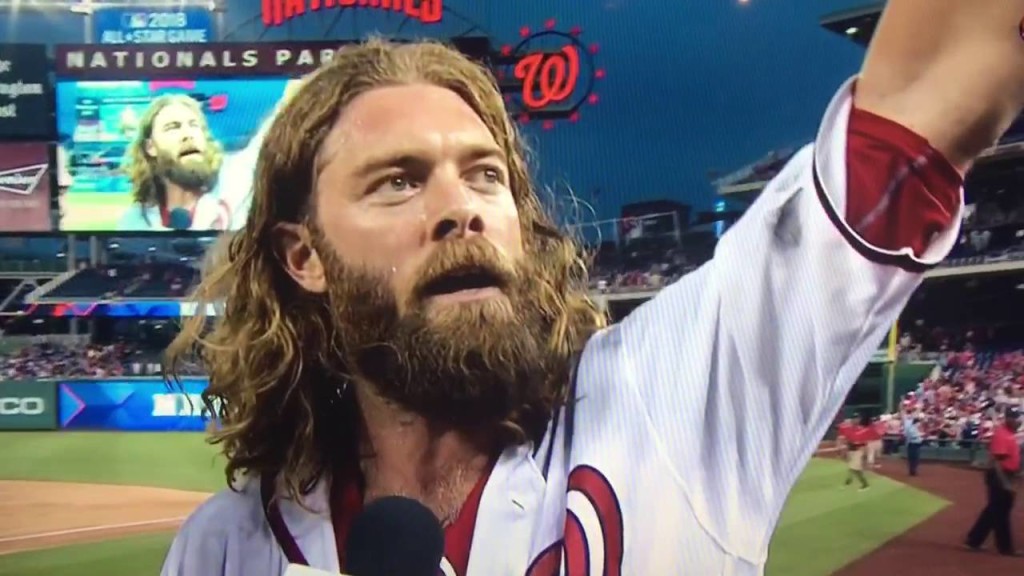 It was all tied up at 1-1 in the bottom of the eighth on Wednesday afternoon beforeStephen Drew sent a pinch hit home run to right field in Nationals Park to put the Nats ahead. Washington’s lead didn’t last long.

With closer Jonathan Papelbon on the DL, Dusty Baker turned to right-hander Matt Belisle in the top of the ninth with Kris Bryant due up for the Cubs.

Bryant doubled to start the inning, so Baker turned to left-handed reliever Oliver Perez, who gave up a two-run home run to right by Anthony Rizzo that put Chicago up, 3-2.

Washington’s Nationals weren’t done, however. Bryce Harper walked to start the home-half of the ninth andWilson Ramos came through with a two-out RBI single that drove him in and tied things up at 3-3.

It went to extras, but in the top of the twelfth, the Cubs went ahead again with Addison Russell driving in a run with a one-out grounder to center, 4-3, but in the bottom of the tenth inning, the Nationals rallied again.

Danny Espinosa was hit by Trevor Cahill with one down and he stole second base with Michael A. Taylor at the plate before Taylor drove him in with a liner to center, 4-4.

One out later, Jayson Werth stepped in and hit a 1-0 fastball off Nationals Park’s right-center field wall for a walk-off winner that scored Taylor from first. It was Werth’s second walk-off winner on the homestand.

“The guy is a clutch man,” Dusty Baker told reporters after the win, when asked what he’s learned about Werth in their time together in the nation’s capital.

“He’s a big-game guy. He’s been that since he’s been here. That’s what I learned about Jayson. He wants to be in that situation.

“And every time he comes through that makes it easier in his mind and our mind for him to come through in the future.”

“He’s been here for some time and he’s definitely the leader in the clubhouse,” Stephen Strasburg said, after putting together another solid start against the Cubs on Sunday.

“To see him come through again in such a short span is just awesome.”