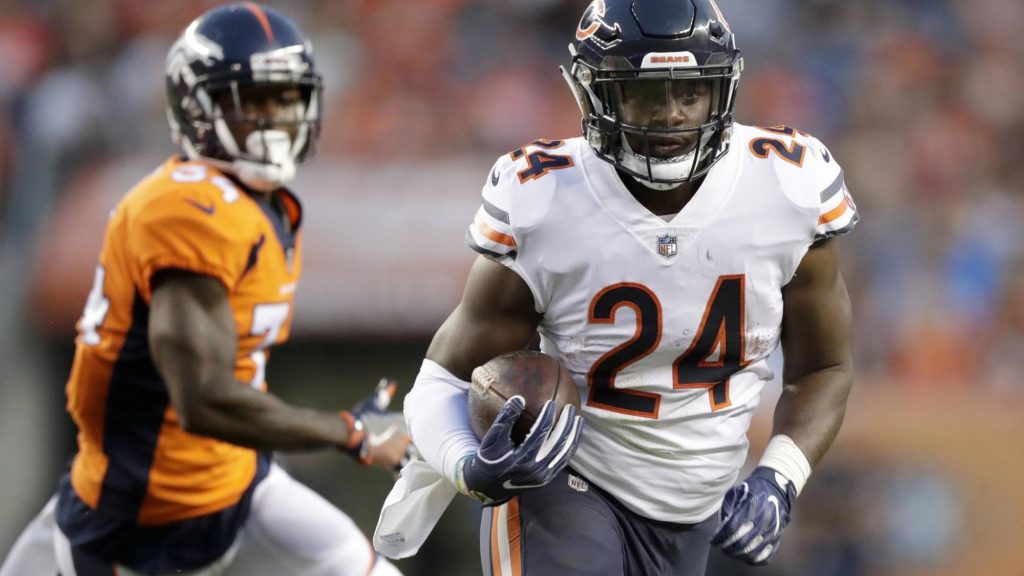 The NFL season kicks off Thursday, and for fantasy football fans we’ll all see whether we’re the savvy drafters and amateur scouts many of us think we are.

The season never completely plays out like it’s supposed to, and thankfully so. A few surprise stars and busts keeps the season interesting and gives many fantasy owners — the ones who make the right picks on the waiver wire — a shot at the playoffs.

There are several fantasy story lines that could play out in unpredictable ways.

Sorry, Le’Veon Bell fantasy owners, but you can only play chicken so long before someone finally crashes. Bell still hadn’t sign his franchise tag as of Wednesday, the Steelers are talking about possibly docking his pay even if he does sign, and all signs point to Conner starting Week 1 against the Browns.

It wouldn’t surprise me if this has lasting repercussions. Bell puts himself at further risk for injury with his holdout and the Steelers, weary of this act, have been grooming Conner since the offseason (if not longer) to be Bell’s successor. Maybe that agenda gets put on the front burner and Conner starts eating into Bell’s touches even when does return.

2. Alex Smith has better numbers than he did in Kansas City.

I went into his analysis expecting he’d see a significant drop in production because the Chiefs have better talent at every skill position. But there are several factors in Smith’s favor. He’s much more interception averse than Kirk Cousins and may find more consistency with the developing cast of young receivers, which now includes speedster Paul Richardson.

Smith still has an excellent pass-catching back in Chris Thompson to make up for the loss of Kareem Hunt. He has two great tight ends, but he has a history with Vernon Davis going back to their days as 49ers. And several fantasy sites rank the Redskins’ opponents as the second easiest schedule versus quarterbacks.

3. Julio Jones had a down year — by his standards.

Jones put up a single-digit fantasy point totals in 11 of 16 games last year. In 2016 he’d put up monster stats, then crater the next week. He had just three touchdowns last season and six the previous year, so he’s dependent on big yardage totals. Jones has pretty much enjoyed Matt Ryan all to himself, but that figures to change with the Falcons looking to spread to ball around more to backs and tight ends, not to mention Mohamed Sanu and Calvin Ridley.

PrevPreviousThree Up, Three Down: The MLB hot/cold report
NextWinners and losers from ‘Monday Night Football’ Week 3Next